India is endowed with some of the richest and most unique cities in the world. All of them have loads to offer, from sightseeing to spiritual invigoration. Chandigarh is one such city that offers its visitors a holistic travel experience. Set against the backdrop of the Lesser Himalayas and located in the northern state of Punjab, Chandigarh is a city that offers cosmopolitanism as well as natural beauty. It is home to lakes and gardens as well as some of the most stunning temples that help you relax and feel at peace. We are here to give you more information about some of the must-visit temples around Chandigarh!

ISKCON Temple is one of the most well known temples in India. The International Society For Krishna Consciousness Temple in Chandigarh was built in the year 1979, making it fairly new but still extremely popular. Thousands of devotees visit the temple in order to pay homage to lord Kirshna and to practice consciousness as laid down in the Bhagavad Gita. The experience of visiting the temple is further enriched because of the beautiful scriptural injunction adorning the temple. ISKCON involves a specific set of activities for its visiting devotees such as Gita essays, dignitary visits, celebration of Mahotsavas etc. that make it an attractive tourist destination.

Gurudwara Amb Sahib is a temple of great historical importance, located around 500m from Mohali. Built in the year 1659, this gurudwara gained importance as it marked the meeting of the seventh Guru, Guru Har Rai and his disciple Bhai Kooram. This gurudwara is visited by thousands of devotees annually. Scriptures suggest that this was the place where the most notorious of individuals were enlightened through the ways of Sikhism and through the teaching of Guru Har Rai.

Located in sector 29A in Chandigarh, Shirdi Sai Baba temples is one of the most religious and spiritual destinations in Chandigarh. This temple came into existence in the year 1989 with the kind donations of Late Shri P Mehta who was himself a devotee of Shri Sai Baba. The major idol present in the temple were brought in from Jaipur, with the Swaroopa Sthana ceremony being conducted on 6th December 1995. Since then the temple has been a place of prominence and importance to devotees, who religiously attend events and processions hosted here daily, especially on Thursdays (for Baba’s Palki) The main attractions of this temple are the four aartis performed here – Kakad, Madhyann, Dhoop and Shayan.

One of the most historical locations in Chandigarh, the Jayanti Devi Temple is said to have been constructed by the great Pandavas in order to worship Jayanti Devi – The Goddess of Victory. It is believed that the temple is around 550 years old. Jayanti Devi Temple rests against the Majri village hillock, 15km from Chandigarh. The temple has a large and complicated structure with single-story houses, and indicated for the reverence people held for the Goddess. It attracts great fanfare especially during the grand fair held during February and August every year to mark the full moon and Navratri festivals.

Mata Mansa Devi is one of the most popular and complicated temple complexes in Chandigarh, set against the foothills of the Shivaliks near Panchkula. It is a major religious attraction for tourists, with thousands of devotees flocking here annually in devotion to Chanda Devi, the Goddess of power. The attendance increases significantly also during the Navratri celebrations. What is especially significant about the temple is that the city of Chandigarh derives its name from this temple, ‘Chandi’ meaning ‘Goddess’ and ‘Garh’ referring to a fort, and Chandigarh meaning ‘The stronghold/fort of Goddess Chandi Devi’.

Located near the Chandigarh-Kalka road, Chandi Mandir is one of the most famous temple destinations in Chandigarh, devoted to the Goddess Chandi. Surrounded by the great Shivalik mountain ranges, this temple enjoys a picturesque view and  experience to all the devotees and tourists that stop by in their journey towards spirituality. The temple houses deities such as Chandi Devi, Radha Krishna, Hanuman, Ram and Shiva. The temple sees the maximum footfall of devotees during the colourful Navratri festival celebrations.

Situated 20km from Chandigarh, Saketri Mandir is one of the most historically renowned destinations in Chandigarh. This temple is dedicated to Lord Shiva and is adorned with beautiful inscriptions and sculptures. It is one of the most important places for Shiva devotions and sees a ready footfall of thousands of devotees annually. It also houses an important phallic stone important in Shaivism called the Shiva linga. Visitors and celebrations increase manifold during the month of Shivratri. Many people visit the temple during this time and engage in devotionary activities such as ritual fasting, processions, aartis etc.

Established in the year 1980, the Karthikeya Swamy temple was built for Tamilians in Chandigrah who were in dire need to have a space to worship their Lord Murugan. Lord Murugan was the warrior God who fought evil and guarded his devotees. In the recent decades, this place has grown into one of the most popular temple destinations around Chandigarh. Many renowned saints and gurus visit this temple in order to gain the grace of Lord Murugan. The best time to visit the temple is during the Thaipusam festival which celebrates the birth of Lord Murugan.

Sree Ayyappa temple in Chandigarh was established in the year 1991, becoming one of the most revered destinations for the worship of Lord Ayyapa in north India. This structure stands tall as a reminder of the boundless altruism and devotion of Lord Ayyapa’s devotees. Thousands of people pay their respect and obeisance here annually and are supremely blessed through Ayyapa’s divine will. The major celebrations here take place during Vishu- the Malayalam new year where devotees wake up everyday to the Vishakkani and celebrate the coming of the spring season.

Set against the metropolitan city of Chandigarh and hailed as a famous holy landmark for its devoted followers, Shri Sidh Baba Balak Nath Temple was established in 1971. This temple hosts different Gods and Goddesses, the most prominent among them being Sidh Baba Balak Nath, who is said to be an incarnation of Lord SHiva in the Kal Yuga. The temple is expertly designed, with a 5-storey guest house and other rooms to facilitate the guests that visit. The most prominent celebrations here include Maha Shivratri, Basant Panchami and Ram Navmi.

A bonus entry on this list. Nada Sahib is another important religious location that figures in our list. This gurudwara is situated along the banks of Ghaggar-Hakra River in the Panchkula district. This temple destination is highly revered because this is where the tenth Sikh Guru, Guru Gobind Singh halted while on his spiritual journey. The gurdwara has an extremely spacious and complex structure which includes halls, complexes, shrines and even community buildings. Thousands of tourists and devotees visit the gurdwara to gain the Guru’s divine blessings. Religious gatherings, community meals and celebrations take place daily. Other important events such as Moon Day celebrations which attract especially large crowds are fervently celebrated.

18 May 22 Mayank
In order to get through the summer months, having an air conditioner at home has…
Lifestyle, Technology 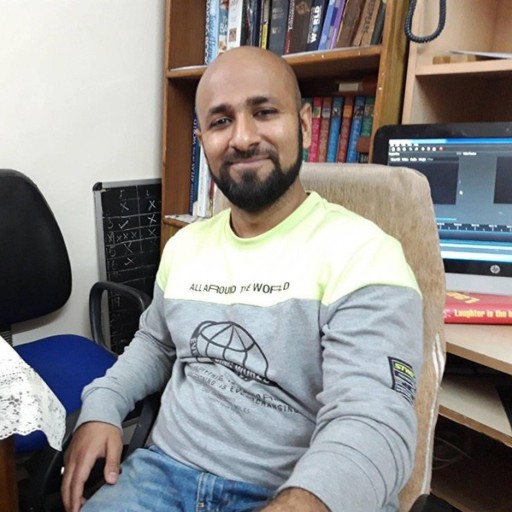 One thought on “Top 10 Religious Places In and Around Chandigarh”